Sunday started grey and miserable as I rolled out of bed. I heard the sound of snap crackle of pop in the morning and that’s just my knees. After a cold shower, I leapt into my Cranberry outfit (no not red, but the clothes I wear in the Band) loaded the car with bass and bone… and set off for the gig… returning 5 minutes later to collect my amp. Today Cranberry  Flick were playing at Treetops Hospice in Risley. A vintage fayre, to raise funds for the hospice. For the first time in Cranberry’s history, we played in a tepee??? A duo were already playing, as we quietly set up behind them…not easy with a 7 piece band. On the stroke of 2 we launched into our first number, Jersey Bounce. On the first note, suddenly the sun came out. The audience were sat on bails of hay… the crowds left the various stalls as we provided a show , that was second to none. They tapped their feet to Tainted love, they swayed to Tequila, they sang along to Minnie the Moocher a 45 minute set that ended up nearly an hour-long. The most important thing…the hospice made more money than last year!!!. Cranberry Flick… not just a Band… but an experience. 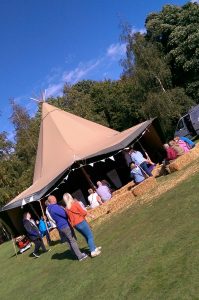 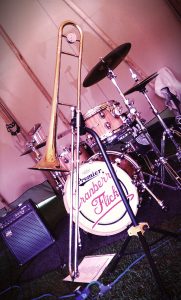 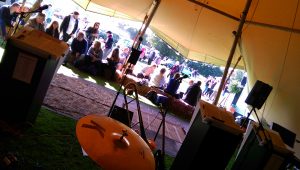