On a summers night that would have had Noah rushing to build another Ark, Cranberry Flick entertained a very enthusiastic audience to a smorgasbord of fine music. Lovely to see some new faces in the audience. they didn’t know what to expect as they were strictly Big Band fans. But the overwhelming opinion after was ‘WOW’ many said that they were blown away with the show and with the variety of music. Many said that so many memories were brought back of an era they loved. It was a brilliant show, and even though it was still pouring, everyone went home with sunshine in their hearts. 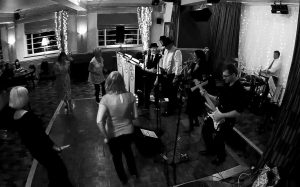